How to end acid attack ? 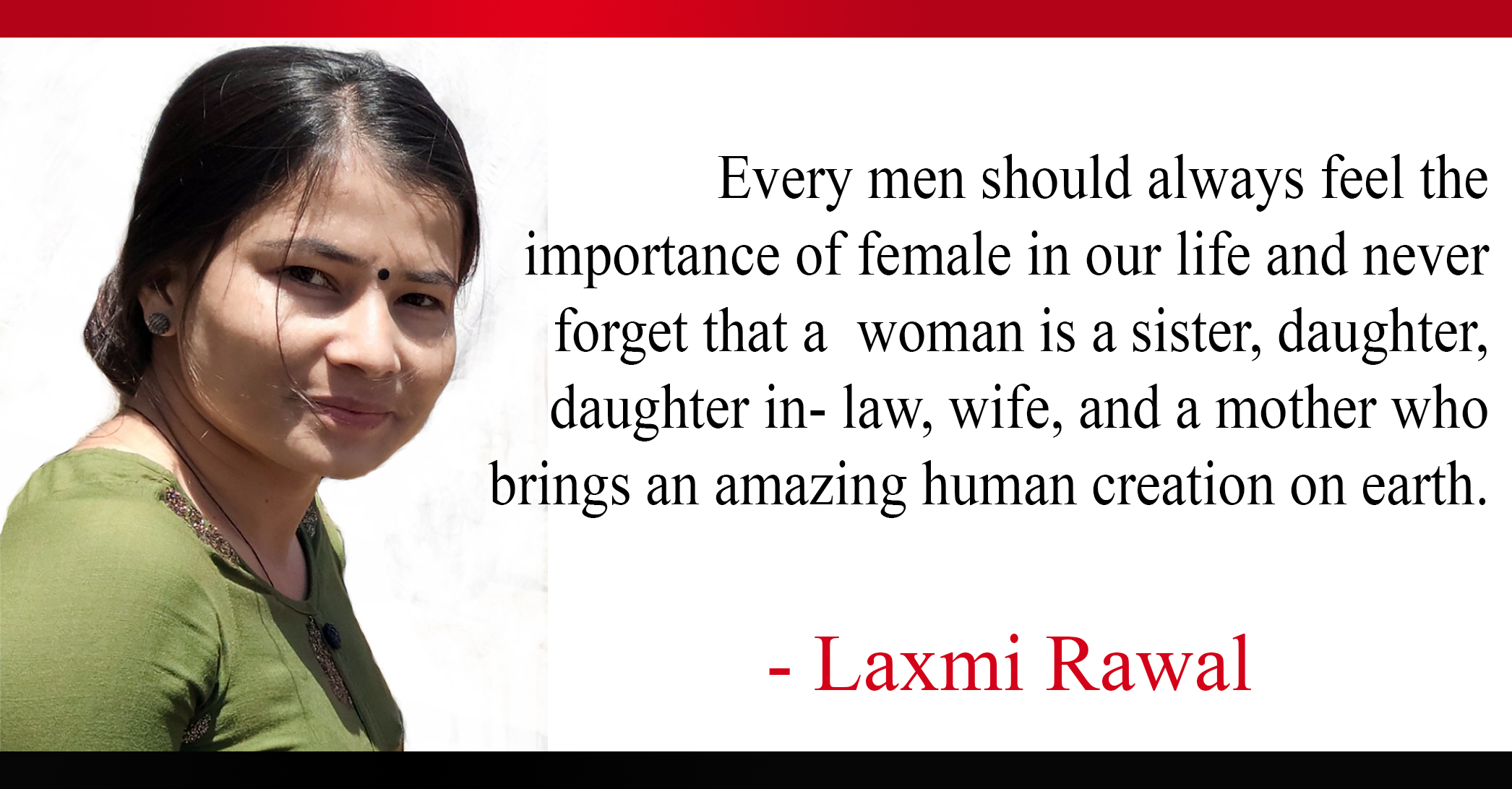 Acid attack is one of the criminality violence which is prevailing in our society where an acid attacker attack the victim by throwing acid on to their body with the intention to damage their physical appearance. Both male and female can be violated through acid attack. Specially, the numbers of women are being violated by this attack.

The world is changing day by day and the present society is also leading towards modernization. Some traditional views and practices are still prevalent in our society. Not only acid attack violence is there in our society but there are many more violence against women which are still existing in our society.

Among them domestic violence and untouchability is still the major problems of our society. Domestic violence is a violent behavior to their family members within the home. The violence is mainly occur to bring power and control over other. We all have seen that most of the men of our society use it against their partner. Many of the females have lost their life due to domestic violence. This violence is common not only in rural areas but also in urban areas. It starts from different issues like (character, manner of speaking, respect, rights, etc.

Most of the common causes of domestic violence are dowry, illiteracy, poverty, addiction, illegal relationship, etc. Domestic violence affects one’s life. The violated person suffer from depression, fear, tension and distraction. It can cause family misunderstanding and breakup in relationship. The person may involve in drug abuse and commit suicide.

It also cause loss of prestige, respect and value in the society. Domestic violence can be controlled by informing the police or concern authority and by maintaining unity against domestic violence. Untouchability is a practice in which people are discriminated on the basis of their caste, religion, occupation, sex or physical disability and kept at a distance as untouchable. In our society people are divided into two groups as touchable and untouchable. Untouchable people are not allowed to touch the touchable, enter into the home of touchable, use public property.

It is still widespread all over the rural part of our country Nepal.In some of the places, dalits are prohibited from entering into the temples, using public water, etc.There is a tradition of sprinkling holy water on a person touched by untouchable for purification.For example, the recent incident of Rukum, Nepal where a boy named Nabaraj B.k was killed due to the discrimination of caste).

Not only a single boy Nabraj B.k was killed but his many friends have to lost their life due to untouchability.The incident was mainly happened because of the love affair between the lower caste and higher caste where a boy is from lower caste and a girl is from higher caste.Like Nabraj B.k many lower caste people have to lost their life in early age. I have included this incident because I want to say that still there is the existence of caste discrimination in our society.

This tradition increases the social conflict and discrimination in opportunity and facility. This practice can be solved by spreading education and awareness to people so that it can be uprooted from the society and by implementing effective laws against it by the government.

The things I discussed above is all about violence against women. Not only a acid attack is violence but also the things which happen with women that affects her physical and mental wellbeing is a painful violence. Acid is a substance that contain hydrogen and has the properties to burn and dissolve other substance if they come in contact with other. Acid attack has also become the major problem and violence happening against women.

We may have seen many of the acid attack cases happening in an out of the country.Among them most of the cases happened on female in comparison to male. Most of the male throw acid on female with the intention that “if I wont get u then I will not let u to be others”.Acid attack occurs all over the world.This type of violence is most common in South Asia. In comparison to all over the world, the UK has one of the highest rate of acid attack.

The victim has to face many physical challenges which may requires long-term surgical treatment as well as psychological treatment.The acid attacker attack them for one time but the society attack the victim mentally every single second.Hence, it is very difficult to heal their inside pain if the family members and society will be unable to give respect, acceptance and care to them.In this period, they need more psychological support than physical support.Such victims may be deprived from various opportunities because of their physical appearance.

2.Due to the property

4.Due to the unfulfilled demand of money or dowry.

1.Damage their face including other body parts.

2.Break relation with friend and relatives.

3.Decrease the excitement, eagerness, and passion in a person.

4.Develop a feeling of self humiliation and inferior.

5.Decrease confidence and selfsteem in a person.

6.Suffer from various mental disease like depression and anxiety.

10.Affects the physical and mental health of a person.

2.The only best first aid treatment is to pour cool clean running water regularly on the affected part for at least half an hour or for 45 minutes until the pain is subside so that it can be prevented from more damaging of the skin layer and tissue.It can prevent from half damaging.

3.Other chemical treatment and ointment should not be applied on the affected area because it may develop the risk of infection and the affected part damage more.

4.If possible loosely wrape the burn area with a sterile gauze to prevent from other contamination.

5.In supportive treatment:psychological support should be given to the victim so that the person won’t get too much panic.And their physical as well as mental health should be promoted through various measures.

6.In medical treatment, the victim needs to change dressing timely.

7.In surgical treatment, it can be treated through skin grafting to the burn part.

Some ways to end Acid Attack

1.Increase the price of acid and strict rules

The acid should be completely banned by the government.Equal rules should be made to seller and buyer.If they found doing such activities both should be equally punished and so that it can be uprooted from our society.Acid attacker should be punished for life imprisonment so that such cases will not repeat again.Making laws will not be enough to stop this attack, proper implementation of laws should be made regarding the violence of women who are the victim of acid attack.

Acid attack should be included in their curriculum.In schools and colleges different programmes should be conducted on acid attack so that school and college students get enough knowledge on it and can helps to prevent it from happening.They should be aware that how dangerous and how it damage someone’s life.

3.Promotion of self defence techniques

However, we will not be able to stop the attacker from throwing acid but we can protect yourself to some extent.To protect ourselves we should not walk alone outside unnecessarily and make a habit to go out with friends and family so that the attacker won’t attack us.Always make sure and be aware of the people around u.

Be aware about their activities and cover face if u feel that u r not safe.If u see such case happening then immediately call the police and pour clean running water on affected area for at least half an hour.Always a carry a bottle of water while going outside.

In conclusion, time has changed and is changing day by day but violence against women is not controlling.Most of the females of the world are being violated by their husband or by their in-laws as they are tolerating many physical violance as well as mental torture.Hence, we each member of family should give them the respect and care that they deserve so that the prevention of such violance should be stopped from our family.

If we can stop happening such violance in our family then automatically social violance will be controlled soon.Every men should always feel the importance of female in our life and never forget that a woman is a sister, daughter, daughter in- law, wife, and a mother who brings an amazing human creation on earth.

(Writer is Rawal she is a Staff Nurse.) 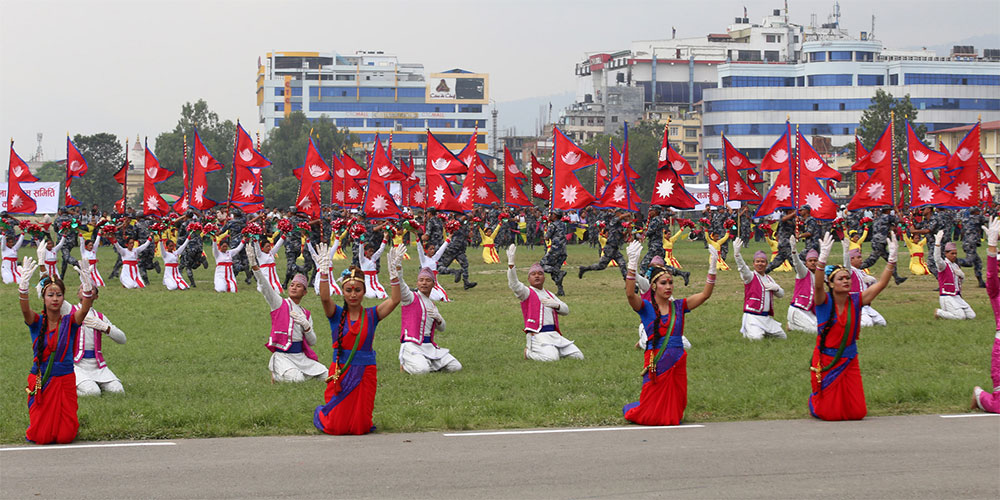 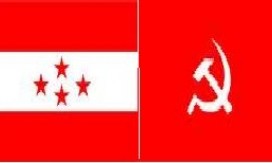